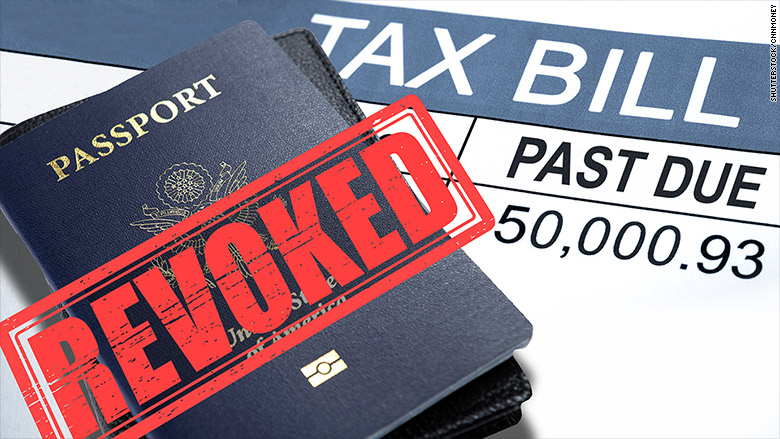 Halloween’s over but America’s Internal Revenue Service is Scaring the Hell out of Delinquent Expats!
The United States Internal Revenue Service (IRS) is starting to make good on last year’s threat to begin the process of revoking or (or not renewing) U.S. passports as a means to collect unpaid taxes. With Donald Trump now in office, my money is on more stringent enforcement since he seems to want tax cuts and to make huge new investments in infrastructure and the military. Where will all those billions be found? My guess is partly in the pockets of those who are out-of-country and have been ignoring or certainly not keeping abreast of taxes due…

If you’re holding your breath in fear, you can stop for the moment since you still have time to make things right. Turns out the IRS has yet to start referring unpaid tax debt to the U.S. State Department, at least not at this very moment…

With the power vested under USC-7345, (“Revocation or denial of passport in case of certain tax delinquencies”), the IRS can, (and word is will), begin notification of the U.S. State Department about delinquent tax-payers in just a matter of weeks.

This leaves very little time to set things right and to avoid the horror of revocation or non-renewal of your passport. Of course there is the exception for return travel to the U.S., but would you really want to return home feeling like a fugitive? Not to mention dealing with the added hassles of not being authorized to open a bank account, to stay at a hotel, get a rental car or open a new smart phone plan- And the list goes on…

The potential problem here is that many might be in this harrowing position and not even be aware of it. Don’t think that because you never got that letter from the IRS that you’re free and clear or can plead a lack of knowledge. The IRS doesn’t play well with others when it comes to being ignored or having tax delinquents declare ignorance. As a matter of fact, it’s not uncommon that expats come home and finally getting around to filing returns only to discover that they had already been sent a letter about a pending audit. (The “dog ate it” or “it got lost in the mail” will not work; you are expected, by law, to stay on top of all your financial responsibilities to the government.)

The best thing you can do is file your taxes now if you haven’t already done so. Don’t delay as the repercussions could be, using the Halloween metaphor, horrifying… With new laws now in effect, including transnational ones such as FATCA, bilateral tax treaties, and the now activated OECD Automatic Exchange of Information (AEOI), you shouldn’t be taking any chances.

The IRS is getting pretty tough with some new initiatives designed to procure unpaid taxes. We realize that tax filing itself is overwhelming but can be even worse if you are not familiar with the ins and outs of expat income tax requirements for both the U.S. and your host country.

Get in touch NOW by contacting us at info@capitaltaxltd.com