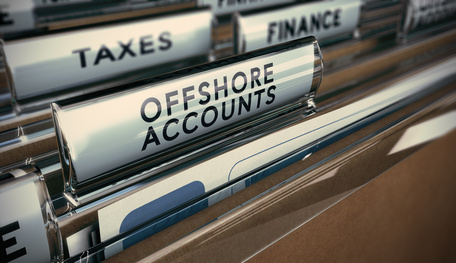 With a stroke of his executive pen on July 31 of this year, President Obama marked the end of the filing date discrepancy that had existed with foreign bank account reporting and the filing of income tax returns. In one fell swoop he signed into the law the “Surface Transportation and Veterans Health Care Choice Improvement Act”, which changed the filing due date of several important forms for Americans who have foreign income and/or who live in foreign countries.

Importantly, especially for most of my readers, this also includes the FBAR form or, as it is more officially known, the “Report of Foreign Bank and Financial Accounts,” (also classified as “Form 114”). Any individual from the United States who has a financial interest in or authority over a foreign financial account is mandated to file the FBAR should the cumulative value of any and all foreign accounts exceed 10,000 U.S. Dollars.

Many of you may remember when the FBAR first came on the financial radar screen in the aftermath of the Great Recession in 2008. This was when UBS capitulated to American pressure to disclose the personal information of thousands of U.S. Swiss account holders- Uncle Sam, as to be expected, wanted his share of the action.

For those who think they can avoid Uncle Sam’s long arm should take note that failure to file the FBAR form could result in an eye-popping penalty starting at $10,000 for negligence and climbing all the way up to the nose-bleeding altitude of $100,000 (or 50 percent of the violator’s account balance) should they be breaking the law knowingly… OUCH!

Even the simple neglect of filing can result in a separate $500 fine. Keep in mind that Obama’s new law does not change the mandate that the FBAR be filed electronically along with the Bank Secrecy Act form. And it does not change the requirement to file Form 8938 with any tax return that shows certain foreign holdings. Talk to your tax professional for more clarity as this is not something to ignore if you’re working outside the U.S.

Getting down to the nitty-gritty, the law now makes clear that the due date for the FBAR is April 15. There is an allowance for an extension, the maximum of which is for a 6-month period that would end October 15. (Please note that this is decidedly not the FUBAR act though many might feel it to be…)

In all seriousness, this is actually a step forward toward a more logically integrated system. For the relevant folks living in America, this all now coordinates the timing of an FBAR submission with one’s normal income tax return. Again, the FBAR deadline will be April 15, (including the Form 1040). If one takes the offered extension beyond the so-called deadline, then they have an extra six months, (until October 15), for both the FBAR and the normal tax return to be filed.

It is important to emphasize that this extension will only be in effect starting with the 2016 FBAR (due on April 15, 2017). It will not apply to taxpayers who missed their June 30, 2015 filing deadlines for the 2014 FBAR.

Eric La CaraManaging Partner and Tax Practice manager for Capital Tax in Vancouver and Tokyo. Eric is a U.S. and Japan Personal & Corporate tax specialist with more than 15 years of experience in the area of cross-border structuring and taxation. Eric is charged with developing Capital Tax overall operations and strategic direction using the business and technical skills he has acquired during his professional career in Asia.