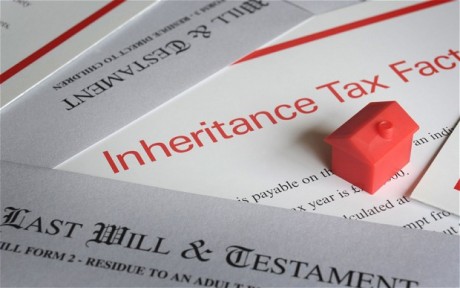 It is no easy ride being a stranger in a strange land, let alone a foreigner who owns assets across multiple tax jurisdictions around the globe. The myriad of differences between various countries’ regulations often causes headaches for those who are faced with complex and often convoluted and confusing inheritance and estate tax issues.

For foreigners who call Japan “home,” this certainly can be the case. Japan’s laws on inheritance and gift taxes often leave foreign taxpayers not just clueless as to how to address the regulations but even wondering as to whether or not they fall under the purview of the country’s tax authority in the first place. All this aforementioned drama is limited to those taxpayers who have residency in Japan. This category of individuals generally includes expats who live full time in Japan, any executives and entrepreneurs working in Japan and those who are blissfully (and otherwise) ensconced in a supranational marriage.

And, according to Japan’s inheritance tax law, those with a domicile in Japan are fair game for tax on all assets they inherit no matter the location of the asset. This can often pop up as an unpleasant surprise for non-citizens living in Japan when they are the recipient of overseas assets inherited from relatives. If the loved one who died had a home in Japan at the time of their passing and the person who is the inheritor has citizenship in Japan, all the assets are again wide open to inheritance tax no matter the location.

Should the living relative have no home in Japan and also not have Japanese citizenship, this inheritance tax is still in effect on all assets that are located in Japan. In short, there is little chance that you will be conveniently immune from the Japanese tax authority so don’t hide your head in the proverbial sand! (Also keep in mind that if you are in an international marriage, you will likely find yourself having a liability on any assets you may inherit as well.) The same applies in reverse: If you are a foreigner who has no domicile in Japan but nevertheless owns real estate proprieties or stock of Japanese companies in Japan, what Japanese assets you leave to loved ones is all subject to the inheritance tax.

It is also relevant to note that the Japanese inheritance tax rates are progressive, with a 55% rate at the higher echelons (taxable amount more than 600 million yen). Should you be well healed, the Japanese will definitely seek a substantial share of hard-earned investment returns…

What does all this suggest for foreigners with financial connections to Japan? Well, for starters, this can often mean that inheritance and estate taxes are due on the same asset in both Japan and the country where it is located. In these cases a credit can be obtained that addresses the taxes already paid in the other country. However, simple as it may appear, this rigmarole can be in actuality a convoluted and burdensome bureaucratic nightmare scenario for expats. The good news is that a qualified and specialized tax accountant who specializes and is expert in these arcane areas of tax law can be a huge time, money and hassle-saving move for an expat who finds his or her self in any of these situations. A truly qualified tax accountant can help you navigate the many rules, regulations and intricacies of foreign (and in particular Japanese) tax laws.